As a kind of gemstone, crystal has become the preferred material for many accessories with its bright color and angular appearance, and is deeply loved by the public. So why is natural crystal hexagonal?

This is a silicon mineral that exists in nature. Under the action of high temperature of 400~600 degrees and 2~3 times atmospheric pressure, pure liquid silica will be produced when mixed with a large amount of water. Become very active, a large number of silicon atoms will gather in a certain range to form atomic groups, and because they belong to characteristic symmetry elements. 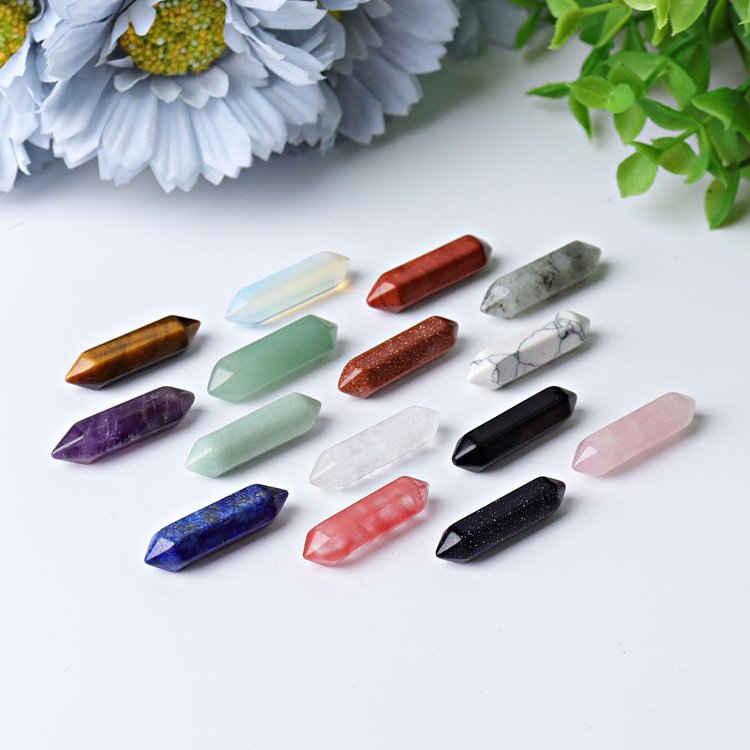 Therefore, it will be regularly arranged symmetrically in the three-dimensional space, forming the corresponding gold package shape, including the three axis lengths of abc and the axis angle alpha, and the corresponding relationship of beta gamma code is A=B=C Alpha equals beta equals gamma less than 120 degrees , and is not equal to 90 degrees, each point that constitutes these structures can be regarded as a punctuation point, and these opportunities are continuously adsorbed on the punctuation point, and grow in the corresponding direction. When another punctuation point is encountered, it will also meet at the same distance. The third point is that this phenomenon is called the translation period.

After such a reciprocation, a regular surface is formed, and finally a regular pattern is formed under the characteristics of the gold package. The process of growing to 6 rounds of natural crystal growth requires sufficient time, generally more than 10 million years. The addition of different metal ions during the crystallization process will show different colors, so it will also cause the crystal to have many different colors.

Subscribe to get special offers, free giveaways, and once-in-a-lifetime deals.
Thanks for subscribing
About
Policies
Contact
+86 15061318862 Email us
We accept
© 2023 Crystals-Alliance | Crystal wholesale suppliers